Dog Knee Problems Cause and Solutions 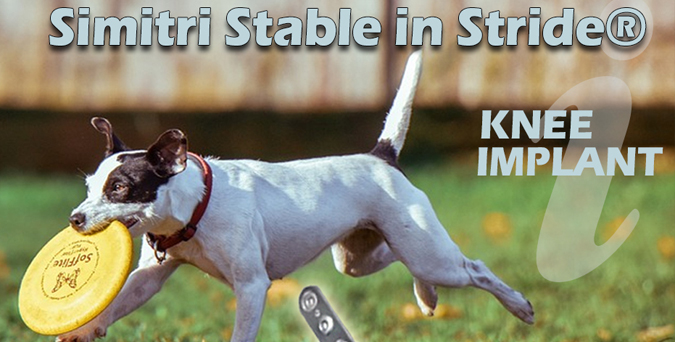 You would have heard of a person tearing a knee ligament, therefore they will need surgery to repair it. The same type of injury happens to Dogs. ACL injuries in dogs are actually the number one orthopaedic disease faced by dogs. Dog knee problems and ligament damage causes severe pain.

Ligament rupture is a common problem in many breeds of dogs worldwide. Ligaments help to stabilise the knee joint whilst allowing it free movement to extend and bend.

Ligaments commonly fail due to a degenerative process. Unfortunately it is common for other ligaments to also be affected at some point in time.

Although athletic injury can bring the existing degenerative condition to light, in in working dogs, sheep dogs and cattle dogs, supreme athletes rupture cruciates.
When the ligament ruptures or partially tears it causes intense pain in the dogs knee joint, resulting in further instability causing ongoing aggravation & constant pain which soon turns into osteoarthritis. The same as football players and other athletes experience.

This ongoing instability makes the knee prone to developing a tear in the meniscal cartilage at the back of the joint. When this happens, the pain increases in intensity and will become unbearably acute until it is treated and surgically repaired.

The dog will not walk on the affected leg, will put weight on its toes.

No Knee Surgery Technique is Superior

If the menisci are damaged they can be replaced using meniscal implants of medical grade plastic and silicone.
The simplest most cost effective technique is the nylon ligament replacement with titanium buttons.

Post operative care is critical to success in all cruciate surgeries 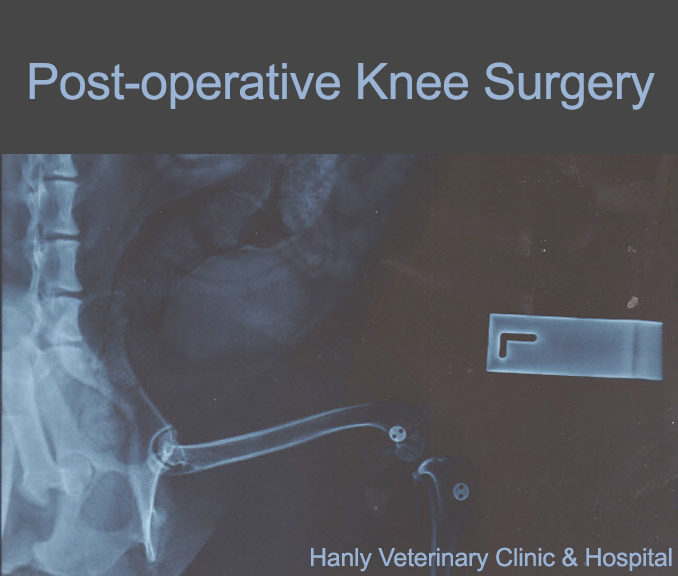 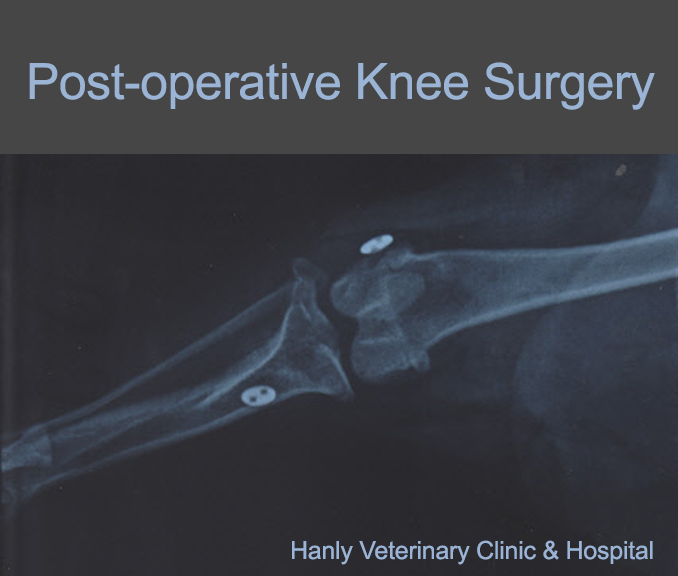 How can a dogs knee be stabilised and repaired

Using the same material as used in human hip and knee replacements, successful stability of the dog’s knee joint can be restored using a surgical implant called a Simitri Stable in Stride®.

The implant is made from the same material used in hip and knee replacements in humans. 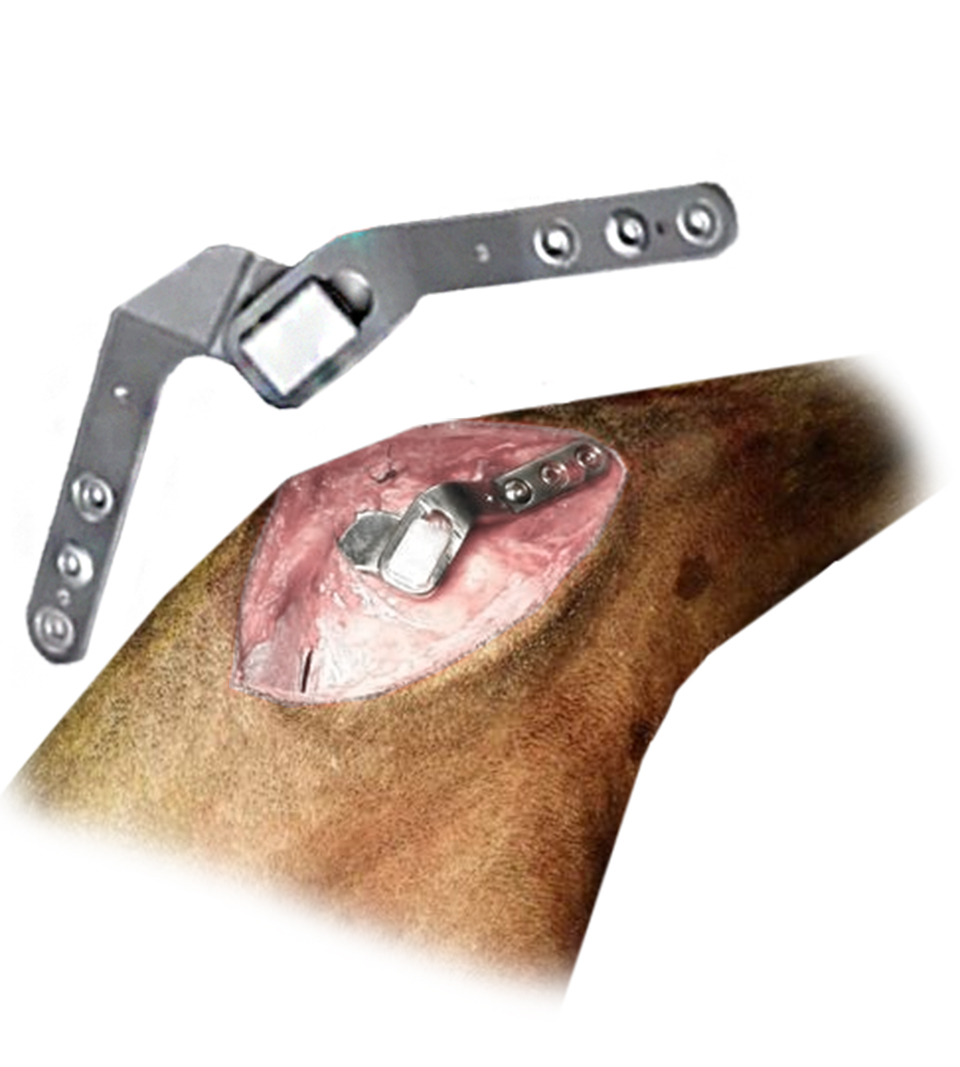 The Simitri Stable in Stride® is a three-part, modular knee stabilizing implant comprised of 3 interlocking components: the tibial, femoral, and the sliding articulation, designed to provide continuous translational and rotational stability while minimally affecting knee biomechanics and kinematics.

The femoral plate has a ball and stem, which interconnects with the tibial plate via an 8 mm travel channel within the articulating insert.
The implant is attached to the inner side of both the femur and tibia, using six cortical locking screws. The Simitri implant does not go into the joint, and no bones or muscles are cut during the procedure making it a much less invasive option.

Unlike currently available procedures, joint biomechanics are not significantly altered during the procedure.
Once implanted the Simitri implant provides immediate and continuous translational and rotational stability while also allowing the joint the freedom to bend naturally, extend, compress, expand and move side to side in the most naturally way possible. 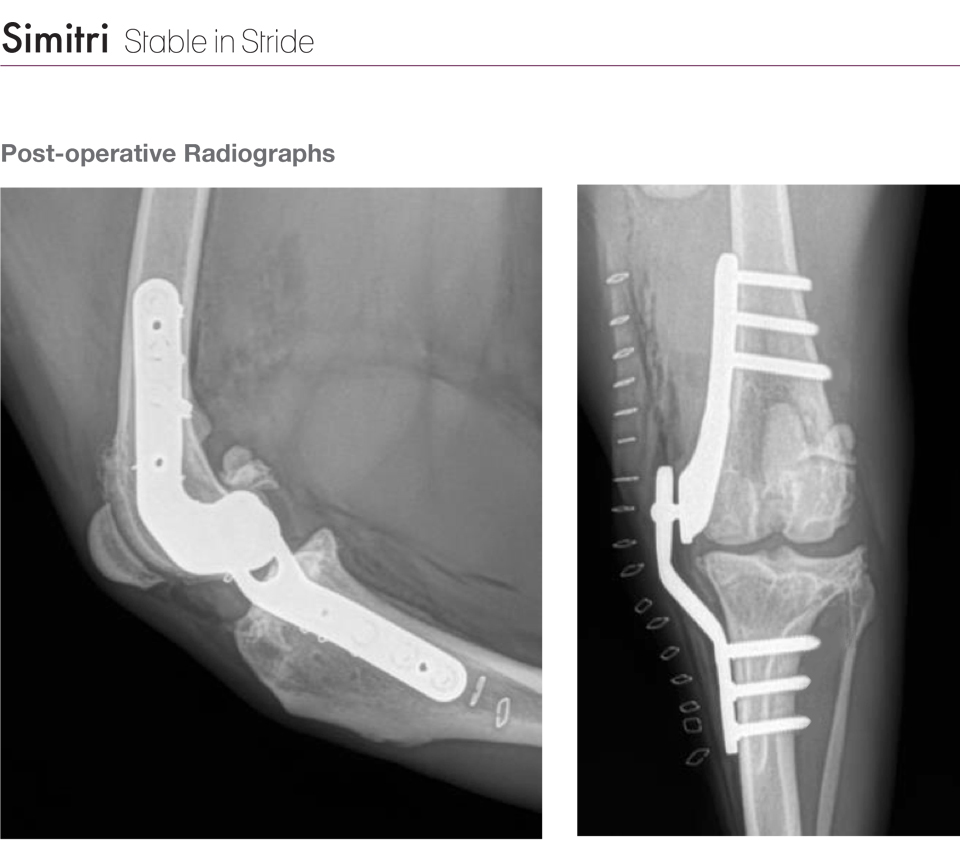 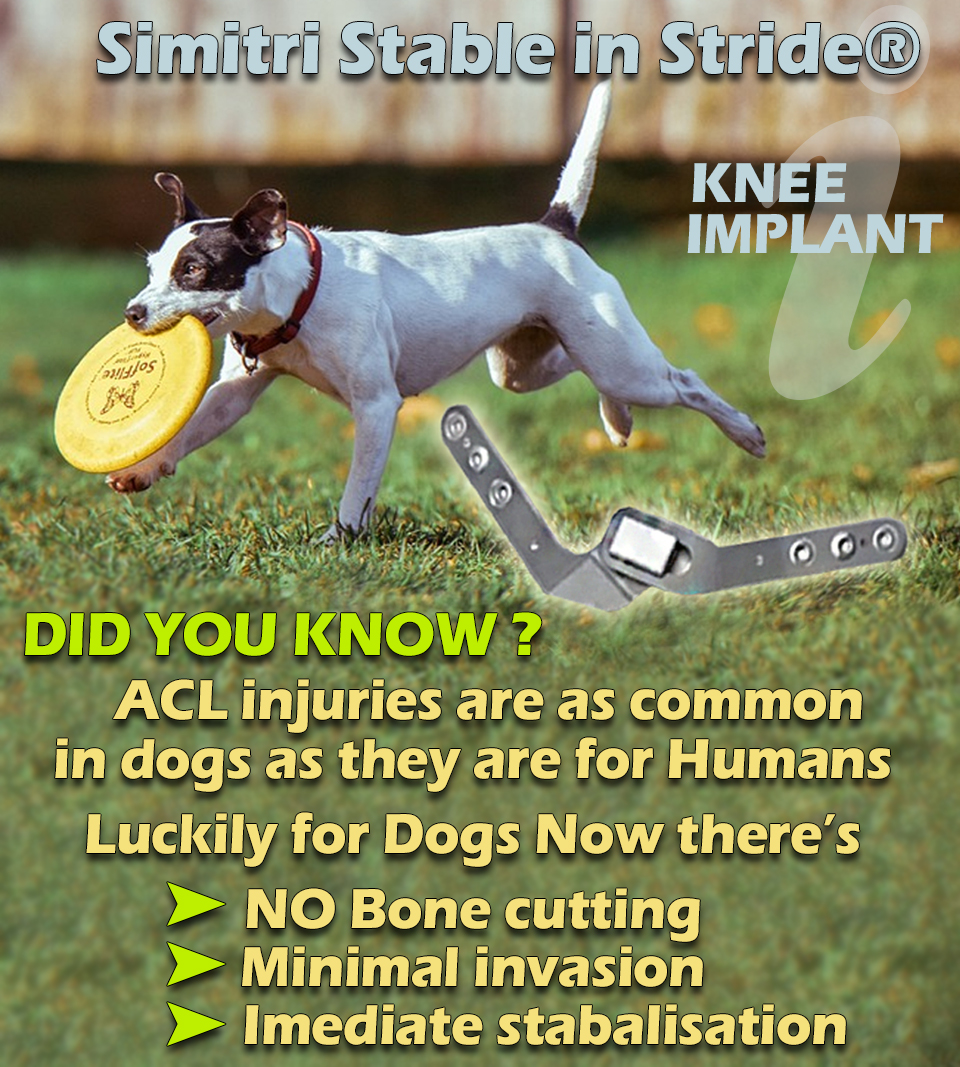 Join Us
Get educational updates from our dedicated Veterinary Team.

A very warm welcome from The Hanly Veterinary Team!